This study was carried out to investigate the causative agents of the parasitic diseases affecting common carp (Cyprinus carpio) in aquacultures in the Erbil region. At first, all fish were visually examined, then, microscopic analysis of mucus, skin and fins scrapings and gastrointestinal contents were carried out, confirming that carps are infested by a large diversity of parasites,  predominantly affected by  Dactylogyrus sp., followed by Trichodina sp., and copepod parasites, with an infection rate of 25.2%,  17.2%, and 13.2%, respectively. On the other hand, the highest mortality was due to infestation by Trichodina sp., Dactylogyrus sp., Ichthyophthirius sp. and Gyrodactylus sp., rating 40%, 35%, 29% and 28%, respectively. Several injuries and ulcerations were observed within gills, over fins and skin of infected fish. In conclusion, the results showed that carp fish from Erbil city are infested by several parasites causing pathological and mechanical injuries, which were associated with high mortality rates in carps.

Fish is an important food source for the world. Indeed, it is the human's single most important resource of high-quality protein, providing around 16% of animal protein [ 1 , 2 ]. Among numerous species of fishes, carps belong to the Cyprinidae family which is the biggest family of freshwater fishes, spreading widely around the world [ 3 ]. In Iraq, this fish is considered one of the most prized sources of protein. Due to their nutritive value, huge numbers of people, all over the country are developing carp aquacultures as a means of livelihood and/or income [ 4 ]. These observations suggest that a consistent source of fish is essential for the nutritional and financial health of a large segment of the worldwide population.

However, several disease agents (virus, bacteria and parasites) infect fishes [ 5 ], and a majority of freshwater fishes carry heavy parasitic infections, which deteriorate their food value [ 6 ]. The impact of parasites on fish health can be mechanical, or affecting the physiology and reproduction, or may even result in their death [ 7 ]. Various parasitic infections have been reported in the common carp (CC; C. carpio) [ 8 , 9 , 10 ]. Additionally, different types of parasitic infections have been recorded in this species in Iraq [ 8 , 11 , 12 ]. This parasitic fauna includes Euglenozoan, Microsporidian, Ciliophorans, Myxozoans, Trematodes, Monogeneans, Cestodes, Nematodes, Acanthocephalans, Annelids, Molluscan, and Arthropods [ 8 , 11 ].

In addition, several areas of Iraq (Salah Al-Deen province, Babylon, Al-Diwaniyah, Kurdistan, and Najaf al-Ashraf) have been affected by carp infections due to parasitic agents [ 5 , 8 , 11 , 1 , 12 ]. Knowing that parasites can have harmful effects on carp populations or play a critical role in their mortality or growth retardation, leading to economic losses for the aquacultures, it has become important to carry out health monitoring on farmed fish in order to improve aquaculture systems and the food value of these fishes. Research on fish parasites and parasitic diseases that may reduce their growth and survival is imperative; therefore, the aim of this study was to find the parasitic disease agents that affect aquacultures of CC fish in Erbil city.

After examining 250 individual fish, several parasites were identified (Table 1). We identified Ichthyophthirius sp., Trichodina sp., Dactylogyrus sp., Gyrodactylus sp., Bothriocephalus sp., Capillaria sp., crustaceans (copepods), and leeches (Figures 1 and 2). Moreover, we observed other organisms on the gill—Rotifera, Chlorophyta, Nematodes and eggs of copepods. (Figure 2, CDEF –G). This was the first identification of Rotifera (Brachionus sp.) in the gills of fish in Iraq.

Among all the identified parasites, the most predominant was Dactylogyrus sp., with an overall prevalence of 25.2%, followed by Trichodina sp. and copepod parasites, with their global infection rates at 17.2% and 13.2%, respectively (Table 1). In the other taxa, the global prevalence is situated between 2% and 6% (Table 1). Surprisingly, the presence of Capillaria sp. infecting the gills was confirmed.

Four parasites (Trichodina sp., Dactylogyrus sp., Ichthyophthirius sp. and Gyrodactylus sp.) seemed to be associated with the highest mortality rates among the infected fish, 40%, 35%, 29% and 28%, respectively (Table 1). The remaining parasites were found in a small number of dead fish, with rates ranging between 10% and 18% (Table 1).

Formalin and potassium permanganate (PP) were effective treatments against a majority of the identified parasites reported in this study.

Fishes are recognized as an excellent food source for humans and are preferred as the perfect diet because of the higher proportions of unsaturated fatty acids [ 17 ]. Thus, this makes fish the source of basic income for millions of people worldwide [ 2 ]. However, in the last few years, several parasitic species have been reported in fishes [ 9 ], especially in CC [ 1 , 5 ]. Indeed, several studies around the globe have revealed cases of infection in carps with many parasites [ 5 , 7 , 10 ]. These parasitic infections can cause great mortality rates and morbidity among them, which may disrupt personal or national wealth systems [ 18 ].

In the present study, laboratory analyses were performed on a set of 250 fish collected from five farms rearing CC in Iraq. All the parasitic species found have been previously identified in CC [ 9 ]. Thus, we observed eight parasite taxa: Ichthyophthirius sp., Trichodina sp., Dactylogyrus sp., Gyrodactylus sp., copepods, Bothriocephalus sp., Capillaria sp. and leeches. The most prevalent were protozoa and Monogeans (Table 1).

Regarding the protozoa group, two genera were found in the carps involved in our study: Ichthyophthirius sp. and Trichodina sp. These parasites have been previously reported in Iraq [ 12 , 19 ]. Among both protozoa, the most represented was Trichodina sp., with 17.2% of carps infected with this parasite. This was found in the gills, skins, and fins. This observation is consistent with the results of previous studies. Indeed, Al-Marjan and Abdullah, 2009 found this parasite in the skin, fins, and gills of C. carpio from the Ainkawa fish hatchery in Erbil province [ 19 ]. The infection level detected in our study was less compared to previous studies [ 20 ]. Concerning the Trichodina sp., we think that this identified species could most likely be Trichodina reticulata or Trichodina nobilis, which have been observed in carps from Iraq [ 20 , 4 ]. However, the Ichthyophthirius genus parasites were found in the gills and skins, with a prevalence of 29%. This parasite is recognized by colonizing areas known in this geographical region, and has been reported in several areas of Iraq, infecting many fish species including C. carpio [ 12 , 7 , 19 ]. The second ciliated parasite belonging to the Ichthyophthirius genus could be the Ichthyophthirius multifiliis species.

Our results showed the presence of the crustaceans, in particular, copepods parasites in CC located in different areas of the carp body: skin, gills and fins. The infection rate was 13.2%. Thus, our results support previous studies which reported the presence of this taxa in carp in Iraq [ 12 , 4 ]. Several species of crustacean are known to infect fish farms in Iraq [ 11 ], however, only one species—Argulus foliaceus, was observed on the skin of three carp species, including the C. carpio [ 22 ]. Moreover, the presence of this copepod was associated with 11% of carp deaths.

Only one Cestode was identified in the intestine of the carps (Bothriocephalus sp.). The intestine as a habitat is preferred by the Cestodes; indeed, most tapeworms dwell in the intestine of their hosts, attached by suckers, hooks or other holdfast organs [ 23 ]. These are widespread parasites which develop into mature adults in the intestine of homeothermic animals. This parasite genus is behind the most important fish-borne zoonoses caused by a Cestodes parasite [ 24 ]. In our study, we found that the carps were infected at a 4.4% rate, this infection rate was associated with 18% deaths observed in CC.

The last group identified in the C. carpio ectoparasites in our study was leeches (Annelida, Hirudinea), with a 2% infestation rate. The literature mentions several species that affect different freshwater fishes in Iraq [ 25 , 26 ]. Indeed, in Iraq, six taxa of leeches have been so far documented [ 25 ]. These ectoparasite was reported first in Iraq from the skin of fish species in ponds near Baghdad [ 27 ]. However, our results showed them in the gills of the carps. Moreover, this parasitic group has been associated with around 10% of carp deaths. This observation is supporting by some studies which have reported leaches as the cause of death in fishes [ 27 , 28 , 29 ].

Finally, we state that these parasites can quite often negatively impact the health and mortality of CC [ 18 ]. Indeed, during our study, we observed different signs in the infected fish. For example, we observed necrotic areas, ulcerations, and hemorrhaging on the gills and other body parts infected with both Protozoa and Monogeneas, while inflammation and mechanical injury were more frequently observed in fishes infected with crustaceans, tapeworms, nematodes and leeches. Our results support previous studies [ 7 , 30 ], which reported important harmful effects of parasites on their hosts. Thus, the lesions or different signs observed in the fish could be due to the different mechanical pathways used by the parasites to better colonize or attach to their host, which has mechanical and/or physiological consequences and production of enzymes and other substances that reduce the weight and growth and reproduction rates [ 30 , 31 ]. Thus, it is important to carry out monitoring of fish systems in aquacultures, in order to better control parasitic infections and avoid loss of fish. The surveillance of CC from the Erbil aquacultures has allowed us to use some products (formalin, PP, and fenbendazole) for treatment against different observed parasites, and these products have proven to be very effective against the majority of the identified parasites. However, additional studies must focus on identifying fish parasites and their burdens and evaluating the pathological impact of parasites, such as Capillaria isolated from fish gills.

Carp fish in and around Erbil city were found to carry heavy parasitic infections, causing pathological and mechanical injuries in fish. These effects were associated with high mortality rates in fish. Dactylogyrus sp. was the most prevalent parasite affecting the C. carpio. The unexpected presence of the Capillaria sp. was observed for the first time infecting the gills. This result has not been recorded in any earlier studies in Iraq.

Research on the parasites was conducted from March to July 2018 on common carp fish from five farms, located around Erbil, North Iraq. Fish were collected using a bag net. All animals collected alive were kept in big, clean containers and transported to the laboratory for analyses. Identification of the fish was done using the Coad’s list [ 13 ]. A total of 250 fish were collected for examination (average of 50 Carp per farm). Behavioral parameters such as sluggish movement, aggregation of fishes near oxygen sources, breathing difficulties, anorexia, lethargy, noting of dead fishes in early morning were recorded for each farm.

Initially, all the fish were visually examined. The aim of this step was to observe the worms, larva and other big parasites as well as all signs and symptoms on the gills and bodies of each fish, and the death rates were also recorded. Secondly, the microscopic (wet smear) analyzes were conducted on the mucus. The skin and the fins were gently scraped, and the scraped materials were placed on a clean microscopic slide and examined with a compound light microscope. For the gills, the bony arches were omitted and little filaments were cut and placed with saline on a slide, were covered by a coverslip on the slide and examined microscopically. The moving worms were obviously noted and photographed with a mobile camera.

Finally, we conducted internal examination of the fish. For this analysis, the body wall was cut from the ventral side, the intestinal parts were opened and examined for gastrointestinal parasite investigation, especially for Cestodes and Nematode worms. The detection and counting of intestinal parasitic eggs, larvae and cysts was performed using a compound microscope (objective 10X). We used the 40X and 100X objectives to take pictures. Identification of the parasites was based on stages morphology, as previously described in studies and guides [ 14 , 15 , 16 ]. Some locally available treatments were employed for the infected fish on the aquacultures and the mortality reduction was recorded.

This work was not supported by any funding and was performed as part of the employment of the authors, we thank Northern Technical University, Central Veterinary Laboratory in Kurdistan Region, Erbil Veterinary Directorate CIRMF for thier support.

The authors declare no conflict of interest. 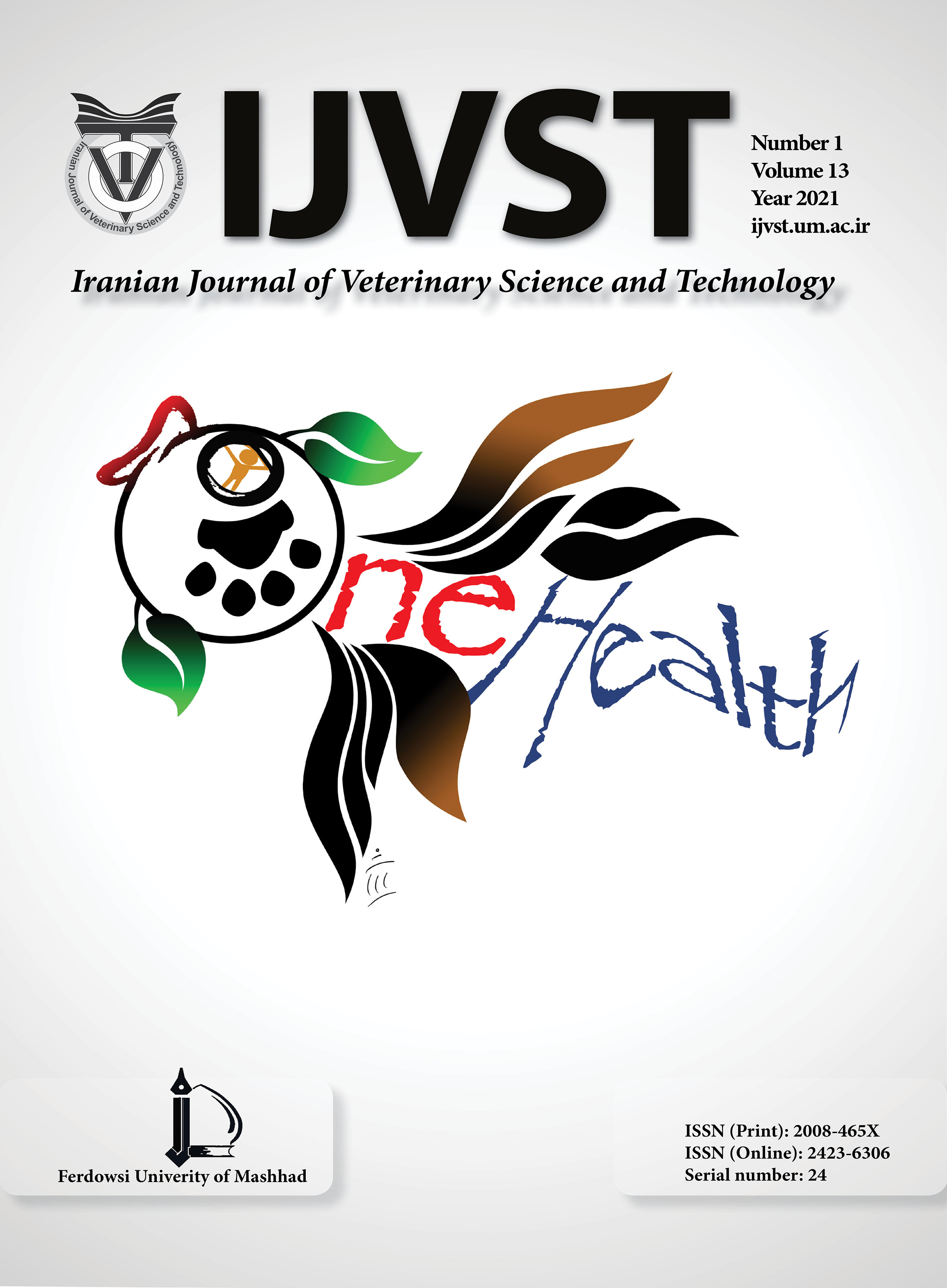